Meet the 'Pro-Life Woman of the Year': Lauren Muzyka of Sidewalk Advocates for Life 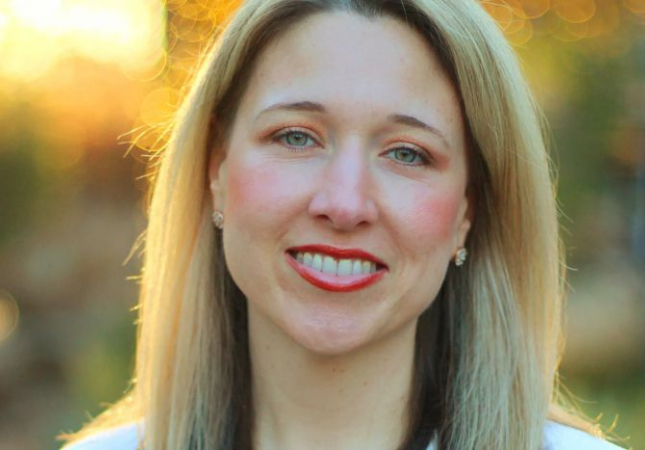 Muzyka’s efforts, together with the help of all sidewalk advocates, save nearly “4,500 turn-arounds of babies saved per year… Those are statistics where a mother actually chose life for her baby,” she told CNA.

Muzyka oversees the SAFL program, where she supports the organization’s mission and vision peacefully to offer women life-affirming alternatives to abortion outside abortion clinics.

The SAFL mission statement says, “We’re on a mission to transform the sidewalk in front of every abortion facility in America and beyond into a place of real help and hope and END ABORTION.”

Her Catholic faith, she said, plays a major role in her work as a pro-life leader.

“When you know that each and every human life that comes into existence is made in the image and likeness of God, it helps you to realize what's at stake in the abortion battle and in the pro-life movement as a whole, right?” she asked. “So it's beautiful and motivating to know that every single eternal soul who crosses our paths at the abortion facility has a story.”

Muzyka also told CNA her most moving experience as a sidewalk advocate.

She recalled praying to be able to experience that, and referred to her answered prayer as a “very special moment.”

For her work, Muzyka received the Pro-Life Woman of the Year award. Abby Johnson, pro-life advocate and conference founder, presented Muzyka with the award at the close of the conference.

Muzyka accepted the award on behalf of all of the “saintly sidewalk advocates,” and told CNA that she was humbled by the “incredible honor.”

The conference began June 24, the day the Supreme Court overturned Roe v. Wade, the case that legalized abortion nationwide in 1973. In response, Muzyka and many other pro-life women celebrated together.

“It was a celebration like you’ve never seen before,” Muzyka said in a press release. “I am in awe of what God has done. These moments will forever live in my heart.”

Muzyka’s 20+ years of experience in pro-life sidewalk advocacy does not end with the overturning of Roe v. Wade. Instead, she said that “the heart of this ministry is all about giving [women] options, resources, hope and help” and that there will still be women amenable to crossing state lines to obtain abortion services.

“Just because Roe is over, it doesn't mean that unexpected pregnancy is over,” Muzyka said, so the pro-life movement’s biggest question now is, “How can we best reach the women of our community before they're tempted to go across state lines and see abortion as a solution?”

Muzyka invited “anyone who has a heart to reach mothers in crisis.” She said that any individual who advocates for life-affirming pregnancy services can make an “incredible difference.”